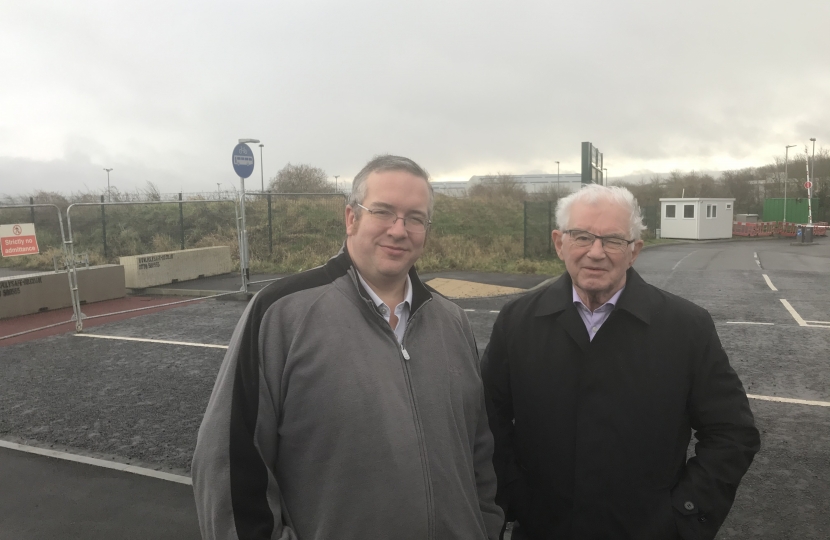 The long awaited planning application for the Brabazon arena has now been submitted. The deadline for members of the public having their say is noon on 3rd March. I make no secret that I would have rather had an arena in the City Centre but we are where we are and I want to make the best of it. That means ensuring that the arena is accessible by public transport and that local residents are as protected as possible from harmful congestion and noise pollution.

It is these concerns that motivated my Statement to the committee. You can read it in full below:

Statement from Councillor Mark Weston to the Development Control ‘A’ Committee meeting on Wednesday, 4th March 2020

Along with many Bristolians, I have been keenly awaiting this planning application and welcome the fact that officers are recommending approval.  My Group are on record as having expressed a preference for the Bristol Arena to have been built at its original central location but we are also pragmatic and accept that it is important to move on following the Mayor’s decision on to make sure the city finally gets this concert venue delivered.  It is also crucial that the final design is of the highest build standards and that both during its construction and once operational, that steps are taken to mitigate its impact on residents and traffic movements in this part of the city.

I note that concerns around whether the new site would meet planning policy around out-of-centre developments (pass the so-called ‘sequential’ test) are quite comprehensively addressed in Appendix 3 with its very own lengthy assessment.

Due to the complicated nature of this build – which is linked or interrelated with the major mixed-use/housing scheme being built in South Glos, the Cribbs Patchway New Neighbourhood,  Members have four applications before them today.  No doubt these outline plans will require further refinement or revision in all kinds of areas as construction progresses but it is my intention to concentrate at this time on just a few aspects around transport infrastructure and mitigations.  These are extremely important aspects given the size of this proposed venue (17,000 capacity) and scale of ‘sustainable’ transport options needed to service it.  Here, the transport hub and substantial on-site parking (1500) alone will create significant access challenges.

Under Appendix 5:  BCC Transport Development Management Comments, at 3.19 (concerning the establishment of an Event-Day Residents-Only Parking Scheme) we are told that ‘the exact geographical scope of the area is subject to further analysis and consultation and the provison of senislbe, legible boundaries to the zone’ and that the ‘indicative plan includes residential areas closest to the site including the entirety of Brentry and Charlton Hayes, along with areas of Southmead, Filton, Henbury and Patchway.’

I agree with expanding the range of this proposal but would also include the combined Charlton Mead/Chakeshill Drive part of Brentry.  These boundaries should be kept under review once the Arena is operational with penalty clauses included in the planned transport mediations to require an additional financial contribution to extend this permit zone coverage further into Brentry and Southmead as required.

Regarding the creation of a Transport Steering Group (3.20) I would extend membership of this consultative body beyond those provisionally outlined ‘This will need to include members of BCC, HE, SGC, Network Rail, YTL & the West of England Combined Authority (WECA)’ to include local ward councillors so that the concerns of residents can be properly represented and fed directly into this forum.

I fully support the associated application to amend the existing highway and junction at Charlton Road and West Way (19/05823/K South Gloucestershire Application), which describes the changes needed to enable access to Arena Complex site from the north.  These will be essential mitigation measures both during and after construction.   Charlton Road must not be allowed to become a rat-run and so these arrangements will need to be kept under review to ensure that any scheme here meets actual challenges and demands as well as the reasonable expectations of local residents.

An assurance is given at 13.51 that ‘While there is no objection to the proposed development on grounds of noise pollution, the effectiveness of the proposed insulation should be checked post completion, prior to the commencement of use, to ensure that predicted noise levels are achieved. Management and monitoring of the venue will be required, once operational.’

Furthermore, under 13.52 (1), we are told that ‘Upon completion of the sound insulation measures but prior to operation of the venue, a report based on the effectiveness of the scheme of noise insulation measures and any necessary steps to be taken should predicted noise levels at nearby residential properties not be achieved shall be submitted to and approved in writing by the Local Planning Authority prior to the commencement of the use hereby permitted.’

In my view, these are essential precautionary steps.  Prior to opening, full volume testing must take place with external (independent) monitoring in adjacent residential neighbourhoods.  If it is found that the installed sound insulation is allowing unacceptable noise levels to escape into the surrounding environs, then further mitigations must be put in place before the Arena can become fully operational.

To conclude, there are many more observations which I could have made regarding this substantial report.  Issues around transport in this part of the city have to be resolved due to the huge redevelopment of Filton airfield.  The building of the Arena is an additional complication but one which can be overcome provided there are real and attractive improvements in public transport infrastructure.  More Park and Rides, shuttle services, Metrobus and radically upgraded rail services are all necessary to dissuade patrons from using their car.