The Case for Increased Investment in Rail for our Region 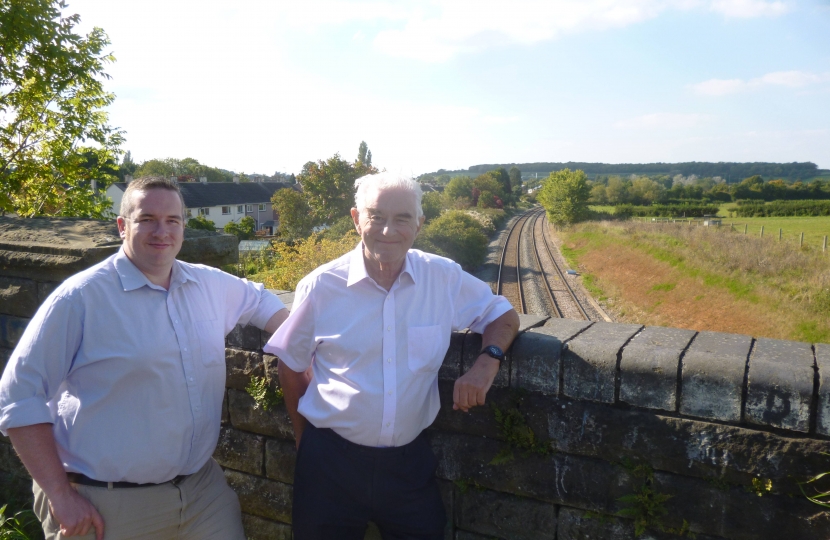 I never pass up an opportunity to lobby for extra rail investment for the region. With the appointment of a new Secretary of State for Transport now is the time to make the case again.

We already have a string of improvements in the pipeline:

These are good news but for me the game changer would be the re-opening of the Henbury Loop. A circular rail system in North Bristol with new stations at Chittening and Horfield that links the major employment centres of Temple Meads, Filton and the Avonmouth industrial area. All stations would be linked to enhanced bus facilities and where possible Park'n'ride facilities as well - such as at Portway.

With our roads increasingly congested we need to do more to enhance our rail offer.

My letter to the new Secretary of State is below:

Re:  The Case for Increased Investment in Rail for our Region

First things first, on behalf of my Group on Bristol City Council, I send you our heartiest congratulations on your appointment and new role in Government.

As many transport professionals have acknowledged, this is a very exciting time for rail with a record £48 billion of funding being made available to invest in major projects such as the Northern Powerhouse Rail and trans-Pennine Route Upgrade over the next few years.  We hope you will continue – even expedite – plans to increase rail capacity on the national network and look to invest more in innovative schemes particularly in the South West Region.

Indeed, we were pleased by the Prime Minister’s recent promise to deliver on high-speed links in the north because this represents a renewed commitment to revive rail assets.  It is clear that travel by train represents a genuine, attractive, value-for-money alternative to road building and is a way of tempting people out of their cars.  Although this is also, admittedly, expensive infrastructure, we believe rail really is the only practical means of moving freight and large numbers of residents, commuters and visitors in, around and between cities.

Here in Bristol, the main transformative rail programme comprises of MetroWest Phase 1 which involves the reopening of a potentially major passenger route, the Portishead Line and Phase 2 which consists of reopening a (Henbury) line in the north of the city together with new stations and track.  Government has already agreed to bridge a funding gap of £32m in respect of completing the first phase and an outline business case has been submitted to the West of England Combined Authority by Conservative Regional Mayor, Tim Bowles, the primary regional body responsible for delivery of joint or regional transport Plans, with regard to the second stage.

Following Prime Minister Johnson’s enthusiasm for ‘turbo-charging’ local economies through rail investment, I write to urge you to consider, where appropriate, accelerating progress on delivery of the MetroWest schemes.  Whilst grateful to your predecessor for his backing and support for suburban and regional rail, we believe that it should now be possible to be even more ambitious and seek to enhance a proposed ‘Henbury’ spur to a full, circular loop line serving North Bristol (with additional stations at Horfield and Chittening) and a much wider geographical area.  This move would be a real game-change in terms of attracting more passengers and easing heavily congested roads.

Consequently, we ask that you now consult with transport officials and seriously consider speeding-up the timescales around this capital investment and adopt the above track upgrade.  These could make a massive difference to travel in our region.  If there is any further information you feel you might need or require in order to make a determination in this matter, please do not hesitate to contact me at your earliest convenience.