THE COUNCIL NEEDS TO DO MORE ON VEHICLE DWELLINGS 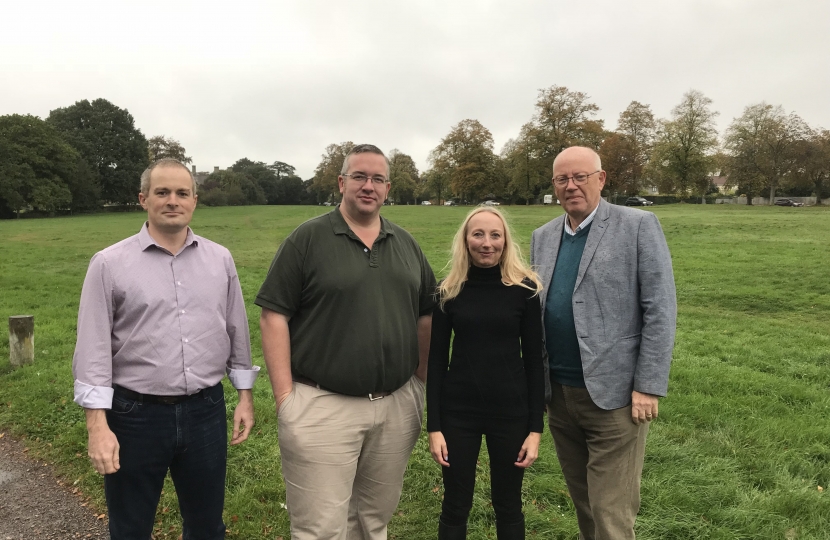 My colleagues and I have today submitted a Statement to the Mayor’s Cabinet Meeting tomorrow on the issue of van dwellers. The Council seems to have adopted the habit of ignoring the increasing number of vehicle dwellings in North Bristol. The most obvious examples of this being around Horfield Common and the Downs. In fact some of the roads are even being advertised on websites as ‘free places to park’ due to the lack of Council action.

Many of these vehicles have been there for months with little to no action from the Council, and in some cases despite there being parking restrictions. The new policy being trumpeted by the Council is simply an excuse to do nothing. This is unfair on neighbouring residents.

The council need to identify hotspot areas, bring in parking restrictions and then enforce them. They also need to do far more to encourage van dwellers towards more conventional housing options.

Our joint statement is below.

We write to express our extreme disappointment with this new policy which is supposed to provide those living on the streets and the wider community with greater clarity on when and what the Council will do to deal with this problem.  Sadly, your proposed way forward is a recipe for continued uncertainty and procrastination.

A process of making an assessment on the merits of each encampment (case-by-case basis) is flawed and contradictory to the overarching policy objective – of discouraging anyone from considering this as a viable form of accommodation.

The categorisation of ‘low’ or ‘high’ impact incidents remains highly subjective and relies upon factors which are defined so vaguely that it is still unclear when enforcement action will be deemed appropriate or warranted.  For example, concepts such as the ‘level’ of damage or nuisance, and ‘proximity’ to residential properties are so broad as to reintroduce uncertainty into the strategy.

Similarly, to whom and at what point does it become clear that an encampment ‘has an unacceptable impact on the environment and the local community’?

The report makes interesting reading and confirms that it is wholly wrong to treat van dwellers as a homogenous group.  There are many differing circumstances and motivations behind this activity some of which - like the cost of housing – will attract more sympathy than others.

The Authority’s starting point that it has statutory responsibilities for the public health of all its citizens is a sound one.  The health and safety risks to individuals themselves who inhabit a vehicle (even for a short amount of time) cannot be overlooked.  For this reason alone, this ‘housing’ option, even if temporary, needs to be actively deterred.

Moreover, there are far wider negative effects from this practice on our public spaces.   Invariably, the lack of basic hygiene facilities and safe disposal of waste creates very real and obvious health hazards which are totally unacceptable in civilised society and poses a clear public health nuisance.

The rationale of not providing sites for vehicle dwellers but to work instead with partner agencies to help people into more sustainable housing is also a sensible one.  However, in order to be consistent, this stance needs to be backed-up by a much lower tolerance threshold for triggering intervention. For example, your way forward envisages (in scenario 3) a situation assessed as low impact being allowed to go on unaddressed for three months and beyond.  Such a lengthy timescale is neither reasonable nor likely to prove acceptable to those living near to these makeshift dwellings.

The recent large encampment of up to 50 van dwellers at Greenbank showed that adopting a softly-softly approach to this behaviour will only encourage more into an area – creating a much bigger problem than before -  and this in turn can often attract unsavoury, anti-social or criminal elements. It is important to acknowledged that people and their property in these makeshift camps are also frequently vulnerable to acts of crime.  The number of occupied vehicles on the highway currently has been put at 200.  Settled residents by these sites are understandably frustrated by the lack of action being taken to end this practice.

The report alludes to the fact that there are some locations or vulnerable sites in the city which are prone to regular and repeated occupation.  We would cite places like Durdham Downs, Horfield Common and the Blaise Estate as meriting extra protection through the use of injunctions which can last up to twelve months from the date of the court order.  A relatively simple and straightforward alternative could be TROs to create parking restrictions in targeted areas.

We contend that, on this issue, the balance drawn between the rights of the individual to make a (bad) choice and the safeguarding of community interests is wrong.  The Mayor should instruct officers to go back and refine this document to take a much tougher, unambiguous line, one which also respects the reasonable expectations of local residents.

To avoid allegations that such a stance is too draconian, we would also endorse a concurrent stronger interventionist policy of the Council steering vehicle occupiers towards more feasible housing alternatives to living on the highway.   Householders have a right to know when the local Authority will intervene in these cases.  Sadly, the draft plan before Cabinet today still leaves us all none the wiser.