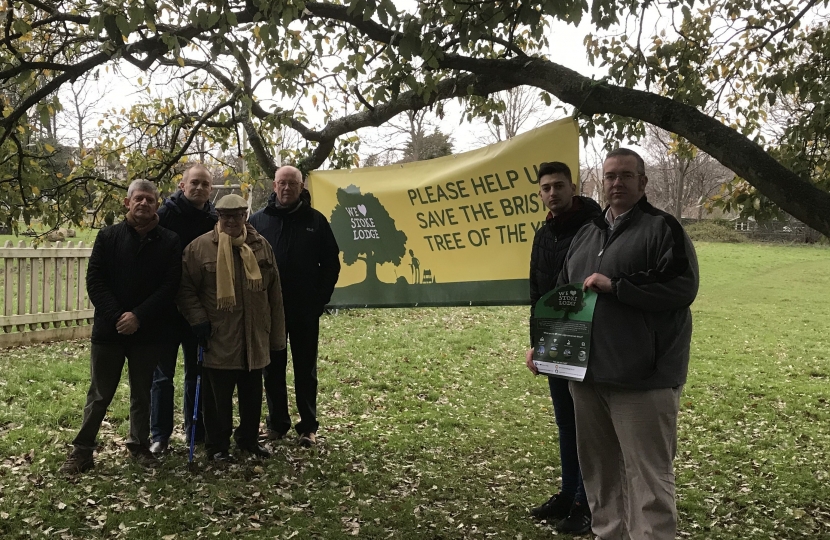 My colleagues and I representing wards throughout North Bristol have been left furious by a decision to bar an important local issue from being discussed at Full Council on 19th March.

A petition set up by the “We Love Stoke Lodge” community group, which calls for alternatives to fencing the playing fields and stopping community access, has now hit the threshold figure for automatically triggering the right to be debated at City Hall.

The controversial decision by Cotham School, who lease the playing fields from the Council, to erect a 2 metre galvanised steel fence extending to a mile in length around the perimeter of the Stoke Lodge site, has caused huge upset amongst residents from near and far, who formerly enjoyed free and open access to this lovely  green space.

Under the Council’s  ‘Petition Scheme’, if a matter has received signatures from 3,500 of the city’s population  drawn from people who live, work or study in Bristol, it wins the right to be heard and debated at a meeting of all councillors.

However, the Council has ruled that such a debate cannot take place at this time because it might somehow jeopardise or compromise the Council’s  future legal position.

Now, Conservative Councillors for Henbury & Brentry; Stoke Bishop, Horfield, Avonmouth & Lawrence Weston and Westbury on Trym & Henleaze, have submitted a joint statement of protest over this stance to next week’s meeting of Full Council, to be held on Tuesday, 19th March.

As my good colleague - Cllr John Goulandris (Stoke Bishop) put it:  “This highly unusual decision by the Council’s senior legal official to block consideration of and debate on a matter of huge concern to local people  is simply outrageous and fundamentally anti-democratic.

“The future of Stoke Lodge Playing Fields is extremely important to many living in the north of the city whose voices deserve to be heard.

“Furthermore, the reasoning behind this ‘gagging order’ is highly suspect.  Any activity by the local authority is potentially open to legal challenge.

“Applying the logic behind this decision – by importing and applying ‘sub judice’ principles to shut down public debate  - then potentially residents  and councillors could be prohibited from discussing any and every local government issue quite indiscriminately.

“What signal does this send out to all those citizens, young and old, who have taken the trouble to register their support by signing the petition?

“Frankly, it is an affront to democracy and undermines participation in the ‘Petition Scheme’.

“Consequently, my Conservative colleagues, who share my deep anger over this move, and I will be formally registering a protest in a written statement to the next Full Council. I have also submitted questions to the Mayor”