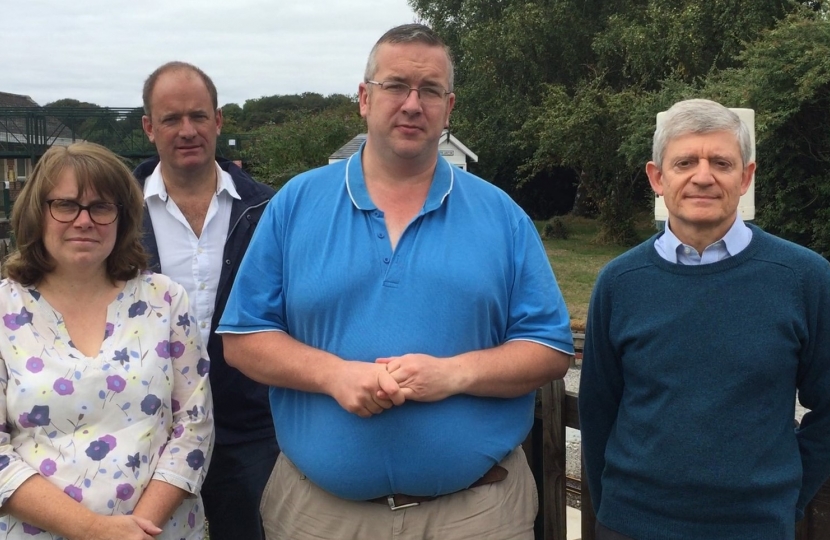 On Tuesday afternoon I took the opportunity to question the Mayor on the future of the miniature railway at Ashton Court. The future of their lease is currently under review.

Previously the Mayor has argued that every time the railway is open the Council loses income as the car park near the Golf Course fills up with railway visitors and this deters fee paying golfers.

This didn't quite chime with me. So at the Full Council meeting I questioned him on the current lease negotiations as the Council's behaviour just doesn't seem to make sense.
At the moment the Council is trying to do two things:
1) Make the volunteers that run the railway open it more frequently (surely by the Mayor's logic this would cost the Council more money?).
2) Take away the small car park that sits alongside the railway to force all users to use the car park by the golf course (again surely this would mean it fills up faster and deters even more golfers?).

From the Mayor's response I am really not sure that he understands the illogicality of the Councils negotiating position. In one of his answers he actually tried to argue that removing the car parking would 'enable sustainable transport to be further promoted'. The railway runs on a Sunday with only a VERY irregular bus service available. Trying to get their by public transport would take hours and with small children makes it nigh on impossible. Unless he is suggesting building an underground stop there (miniature or otherwise) it just isn't practical.

The Council's attitude just doesn't seem to make any sense to me and just seems petty. We should be trying to work with the fantastic volunteers that run the railway rather than against them. Let us hope for an outbreak of common sense.