LESSONS MUST BE LEARNT FROM STOKE LODGE TREE FIASCO 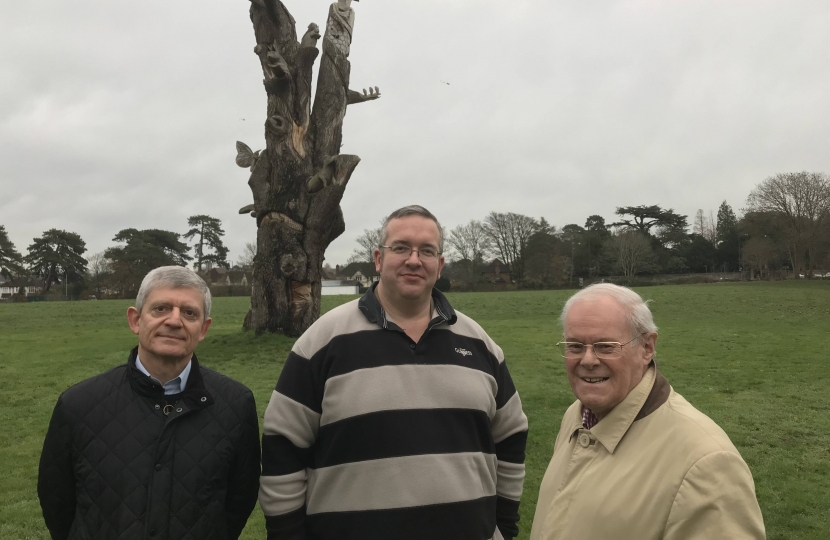 CONSERVATIVES CALL FOR A STRICT ‘DUTY TO CONSULT’ TO PROTECT PUBLICLY-OWNED WOODLAND!

Stoke Bishop Conservative Councillors John Goulandris, Peter Abraham and I have formally responded to the Government's consultation on proposed future measures to protect urban trees and the management of woodland.

The Department for Environment, Food & Rural Affairs, together with the Forestry Commission, launched their discussion paper/online survey: “Tree and woodlands: introducing measures for felling street trees” at the end of December and this exchange runs until 28th February 2019.

This initiative honours the manifesto commitment to ‘place new duties on Councils to consult when they wish to cut down trees.’  In it, four changes to the current position are outlined (i) a new duty to consult on the felling of street trees (ii) an obligation to report on tree felling and planting (iii) the creation of standardised ‘best practice’ guidance for the drawing up of Tree & Woodland Strategies and (iv) giving the Forestry Commission more enforcement powers to deal with illegal tree felling.

Now, in the wake of the controversial fencing around Stoke Lodge Playing Fields, we have written to the Government calling on them to extend or widen the duty to consult to include or cover “any action which may curtail or negatively impact upon the amenity provided by mature trees in parkland or on publicly-owned green space.”

The lack of engagement by Cotham School with residents and users of these fields has been quite disgraceful and a real eye-opener. Aside from the potential to physically harm rare and veteran trees bordering this formerly shared site, it is obvious that the perimeter fencing will degrade the historic setting of this woodland.

Traditionally, Tree Preservation Orders (TPOs) offer some limited protection against felling but this cover is simply not good or comprehensive enough.  A controversial interpretation of permitted development rights is being used to trample all over local opposition.

This sad episode also exposes the lack of a reasonable legal requirement to consult when local authority land is being enclosed in this way.  We want this loophole closed.

The consultation paper is primarily concerned with protections around felling and planting of street trees and parkland.  However, our submission maintains that there ought to be a wider duty imposed on Councils to involve and inform the public in certain circumstances.

There is a strong case to be made for adopting a more consistent approach in the preparation of Tree and Woodland Strategies.

To this end, we suggest that, at the very least, a duty to consult is created or applied as a matter of best practice, whenever there are radical changes planned for places of significance containing mature trees on publicly-owned land.

**Our formal response is below**