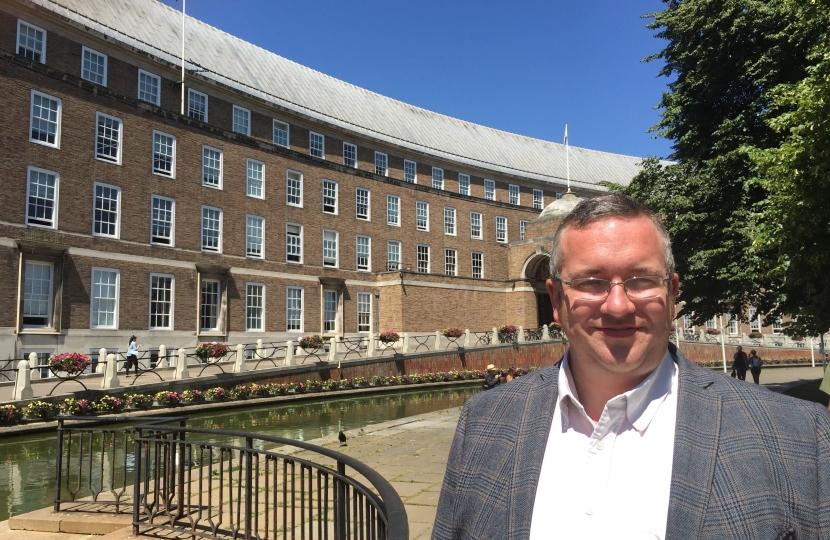 I am calling on Mayor Rees to share with all Councillors all of the redesign options considered for the Cumberland Basin.

The proposals are intended to free-up land for housing development and would see the area rebranded as The Western Harbour.  This is seen as a more attractive and viable alternative to simply maintaining the existing - but dated - 1960s infrastructure.

Feedback is requested on three presented possibilities and can be accessed online here:- https://bristol.citizenspace.com/growth-regeneration/western-harbour/

(i)  The Western Approach, controversially envisages running a new road on the western bank of the Avon and a building two new crossings at the entry to the Avon Gorge. (ii) The Eastern Approach, involves constructing a new four-lane river crossing linking A Bond and C bond warehouses and (iii) The Hybrid Approach which, as the name suggests, contains elements of both of the preceding options incorporating a simplified road system and smaller bridges at both of the previously identified locations.

These proposals have already generated a heated public response, with at least one local business, the popular Riverside Garden Centre, concerned over their future viability if two of the three models is adopted.

I have now written to the Mayor and urged him to release all of the design concepts considered by the commissioned planning consultants, together with the reasons for rejecting them, in order to be sure that only the very best plan for this part of the city is progressed.

The idea of regenerating the Cumberland Basin has been around or quite a long time.

In 2011, a document* called “2050: High in Hope – A Business Vision for the West of England City-Region” was released which suggested similar changes as well as the creation of a barrage to protect from flooding and provide new commercial opportunities for the floating harbour.

It makes sense to maximise the potential for redevelopment in this area especially as the Plimsoll Bridge is coming to an end to its intended lifespan and would be increasingly expensive to repair.

Equally, there is nothing wrong with having a ‘transformative’ vision so long as this takes a majority of people with you and it represents the very best choice available to decision-makers.

At present, I simply don’t believe we are in a position to make this judgement given the limited information supplied.

The Western Harbour will be a massive project with the risk of severe disruption and delay.  Therefore, it is essential that the Mayor proceed with caution and shares with us the discarded variants or versions.

Sadly, given the poor history of Bristol City Council and major construction projects, this all has the potential to go horribly wrong.