Parking Charges at Blaise WILL happen 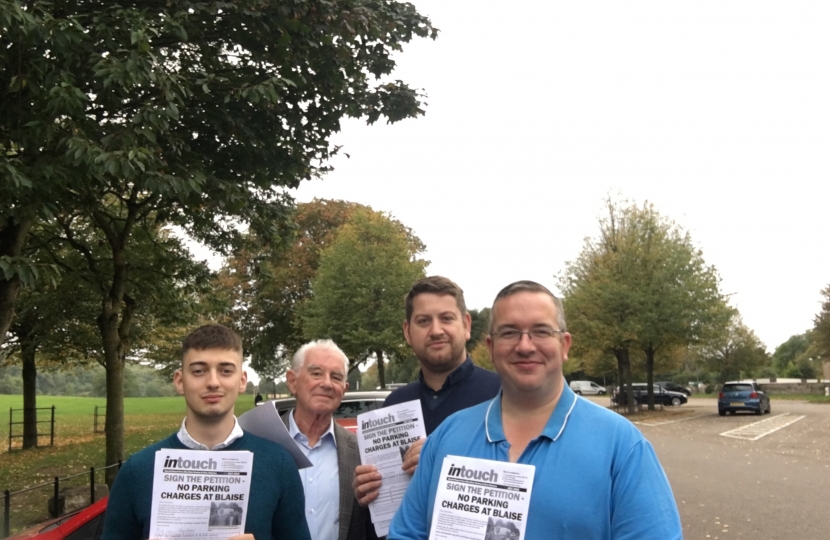 Despite a huge local effort, letters of complaints, public statements of opposition and a petition signed by over a thousand local residents the Mayor has decided to press ahead with his plans to introduce parking charges at Blaise.

The controversial idea was formally consulted upon last year as part of moves to generate more income from Council-owned assets and, once introduced, will impact upon park users and lead to changes/restrictions on the surrounding highway.

Now, the Council has given notice of a draft new Traffic Regulation Order (TRO) which imposes a fee schedule for differing classes of vehicle on the estate.  Under it, cars and light goods vehicles will have to pay to park there between 9.00 am – 6.00 pm, all year round, from £1.00 for up to one hour; £2.00 up to two hours; and £3.00 for a maximum of five hours.

Copies of these proposals can be obtained from 100 Temple Street or viewed online at www.bristol.gov.uk/trafficorders or below.  The public are also invited to comment or register objections in writing to the aforementioned address or via email:  tro.comments@bristol.gov.uk by Thursday, 19th December 2019.

It is extremely disappointing that the Mayor is sticking with his ‘pay-to-play’ charging plan.

Introducing additional costs (to park) or deterring people from visiting these places is the very last thing the Authority should be doing.

This latest development is especially outrageous when the Mayor continues to freely fritter away taxpayers’ money on much less valued items of expenditure such as enlarging his own support team in City Hall or ploughing millions into a zombie Corporate Energy Company.

I urge all those who support free access to our parks to make their own views known to Council Officials in order to try to secure some eleventh hour concessions.

Sadly, I fear the only sure way of getting a change of heart and direction on this policy will be by changing the person who is elected to govern our city which is what we will be trying to do next year.

In the meantime please ensure your voice is heard!