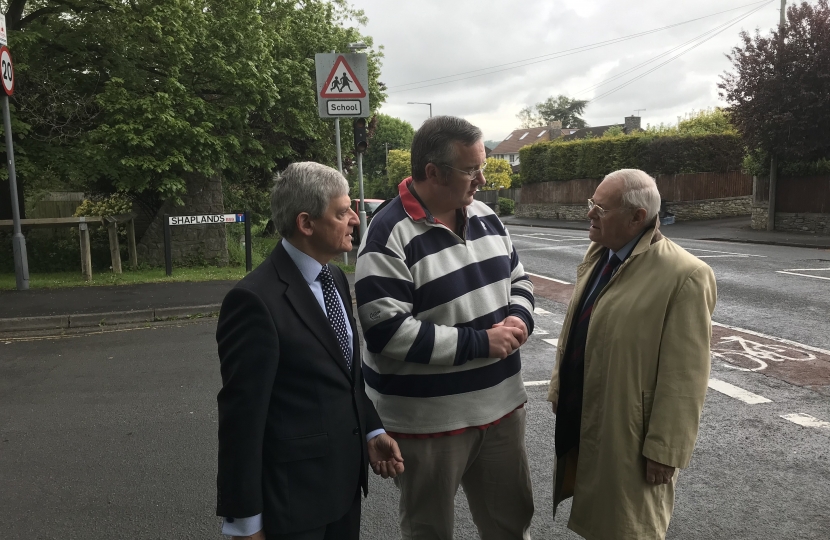 This might sound like a very boring subject but the content of the local plan guides the development of our City. It will help determine which planning applications pass and which fail. As such it is important that it is done right.

I personally think a lot of excellent work has been done for the plan, BUT it still has problems. In particular around the proposed erosion of green belt land in the South of the City, the expansion of student numbers in Stoke Bishop (with all of the resulting parking problems) and the reclassification of certain green spaces (such as on Stoke Lodge).

This latter point requires a little explanation. Essentially the green spaces in the City will receive one of two levels of protection:

1) Local Green Space - this is the highest protection and covers areas such as Blaise Castle, the Downs, Crow Lane Open Space, Horfield Common, the Kings Weston estate etc. These will in no way be built on.

2) Reserved Open Space - this is a lower level of protection. It does NOT mean that the land will be built on. Rather than development will ONLY be considered if the land is not needed anymore, enhances the area or would not create a shortage of open space if it were developed.

An example of Reserved Open Space would be the Tranmere Avenue Open Space in Brentry. It is adjoining the railway track and as part of the Henbury Rail plans a platform is proposed for the other side of the track. If however the full Henbury Loop comes forward then we would need a second platform on the Brentry side which might involve a sliver of that space being built on.

Never the less I do have concerns on the proposals for change of designations in certain cases and as such have now formally responded to the consultation. My full response is below:

I welcome this opportunity to submit formally some observations over this important document.  It is noted that this review and latest stage in preparation (community involvement and consultation) only covers some aspects of the City’s future development and that any remarks made here will be similarly constrained.  This cannot therefore represent an exhaustive critique of the Adopted Core Strategy and Development Management Plan.  For example, there are regional spatial, housing and transport plans, policies and strategies which fall outside the scope of this review and any changes to policy and site allocations.

It is appreciated that a policy context of Bristol having to deliver a minimum 33,500 homes by 2036 will be challenging and have all sorts of implications around type, tenure, affordability and density.  There are also issues around the Mayor’s Urban Living Supplementary Planning Document (SPD) which envisages a return to much higher densities and the construction of tall buildings.  I would just put down a marker here that planners should not rush to repeat the mistakes of the tower blocks in the 1970s.

So far as this review is concerned, there are continuing problems associated with the growing student population both in respect of H6:  Homes in multiple occupation and other shared housing and H7: Managing the development of purpose-built student accommodation.

Draft policies correctly recognise the need for safeguards to prevent over-intensification in this form of housing because it can create tensions in predominantly residential areas arising from excessive noise, on-street parking, and alterations to properties which change the character of any area, increases in littering and incidents of other anti-social behaviours.

For example, in Stoke Bishop there are on-going issues around student parking near to the University of Bristol campus/halls of residence.  Despite guidance aimed at discouraging students from using their own vehicles (because of limited permits or on-site parking which are awarded on the basis of a defined need) this approach has not worked to deter this practice.

As a result, the lives of local residents have been made intolerable through inconsiderate, illegal and dangerous parking off-campus.

Consequently, we do not support expansion of accommodation at the Stoke Bishop campus.  This will not only make already strained relations with the surrounding community even worse but also its distance from the main University itself makes this an unsuitable location.  Extra students will inevitably increase those numbers who choose to drive around the city and add to our congestion and pollution problems.  Moreover, increasing residential units here can only be achieved by building on existing green space or sports and leisure land.

I have general concerns over any degrading in the level of protection afforded to the Green Belt against development or erosion.  This land is something which most people rightly value highly and feel must be preserved. For example, some of my Group have already publicly criticised the re-designation of statutory Green Belt in South Bristol [Bishopsworth Ward] within the South Bristol Link Road and the seemingly surreptitious earmarking for development of land near to Yew Tree Farm (the city’s last working farm) and lying west of Elsbert Drive.

In Stoke Bishop Ward, I have previously raised with senior planning officers the surprising and, in my view, entirely incorrect categorisation accorded to Stoke Lodge Playing Fields.

The proposed secondary classification of GI2 “Reserved Open Space” (ROS) is inadequate and fails to reflect its true status and value to local residents and users of this formerly shared public space.  I remain mystified how this assessment has been arrived at and why the site was deemed not to meet all of the five ‘indications of value’ criteria to qualify as GI1 ‘Local Green Space’.  Even though this land is primarily reserved for educational purposes, the fact that it remains subject to a fresh TVG application means that this ROS assessment is just wrong.  This conclusion must be revisited and revised.

Of course, other Conservative Members may choose to contribute to this re-evaluation to reflect the needs and priorities of their own wards.  There will also be highly contentious debate over the final route of the planned new ring road in our southern suburbs under Joint Local Transport Plan for the West of England.  No doubt any revision to the Local Plan will also have to reflect the outcome of changes made to these and other associated national and local planning frameworks.