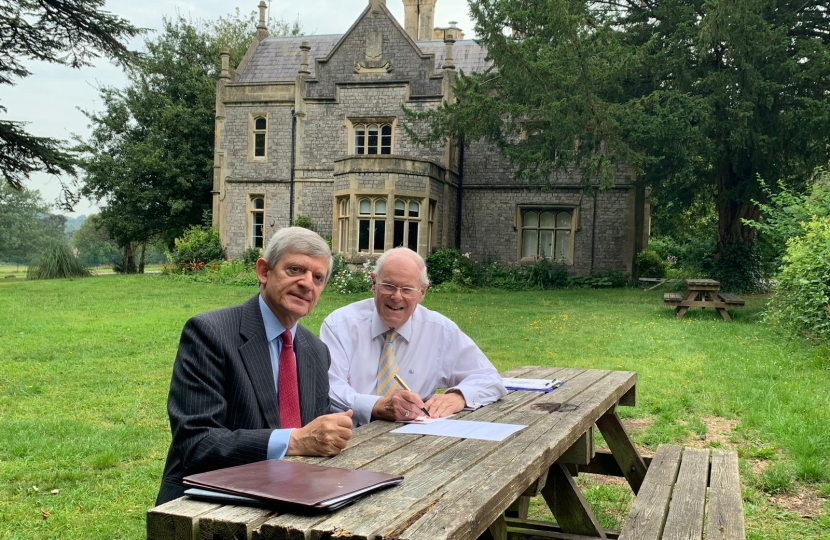 Cotham School secured a grant to both fence off the Stoke Lodge Open Space and also to modernise the dilapidated pavilion/changing rooms which are situated just off West Dene / Ebenezer Lane. The fencing has now gone up (wrongly in my opinion) but plans for the pavilion have been rejected twice by the Council’s Planning Committee and once on appeal  by the Government Planning Inspector.

In every occasion this was down to the complete lack of a transport plan showing how the site could be safely accessed and managed for the large number of coaches and other vehicles that would need to access the site.

This now begs the question as to what happens to the grant monies given to the school. It has been suggested this money could possibly be used to refurbish the existing rundown facility within its existing footprint under an historic planning consent made in 1966.  Clearly, such a structure would not be within the terms, conditions or spirit of the recent monetary award. I think that building standards will have changed considerably in th least 50+ years!

The logical thing now would be for the school to return the money and start the process again - with a proper transport scheme for its pavilion plans. Councillors John Goulandris, Peter Abraham and I have now written to the new Secretary of State for Education to make these points. This is taxpayers money that needs to be spent responsibly.

Our Letter to the Secretary of State can be read below:

Re:  Apparent Failure by ESFA to Recover Public Funds from Cotham Academy, Bristol

At the outset, may we take this opportunity to congratulate you on your recent appointment and speedy return to serving in the Cabinet.  It was a pleasure to meet you on your visit to Bristol earlier in the year. We are confident you will enjoy your new Ministerial role.

The purpose of this letter is to draw your attention to a serious issue, which has arisen in Bristol, involving one of our converted Academies, Cotham School, and its ‘cavalier’ treatment of public money. In brief, the academy secured a grant of £667,611 from the Education & Skills Funding Agency (ESFA) to construct perimeter fencing around off-site playing fields – leased from the local authority - and to rebuild the adjoining derelict pavilion and changing rooms.

It is our understanding that, under the terms of this award, Cotham Academy would contribute 10% towards the cost of this project but, in the event of any part of this scheme not going ahead, any unused grant was to be returned to ESFA.

Two planning applications concerning the major aspects of this redevelopment, a new pavilion and new changing rooms, have twice been refused by Bristol City Council’s Planning Committee.  Similarly, an appeal lodged against the second decision has also now been robustly rejected by the Planning Inspectorate, determined largely on the basis of a failure to address highway safety risks in the vicinity of the proposed pavilion.  It was found that this omission was contrary to Bristol’s Core Strategy and Local Plan and supporting policies.

Residents believe this ruling is fatal for the prospects of replacing or repairing the existing dilapidated pavilion and changing rooms.   Deducting the approximate £65k spent on fencing, the school seems to have decided that it is entitled or permissible to hold onto around £609k of grant funding.  It has been suggested this money could possibly be used to refurbish the facility within its existent footprint under an historic planning consent made in 1966.  Clearly, such a structure would not be within the terms, conditions or spirit of the recent ESFA award.  Sadly, repeated attempts to establish when this money is to be returned to the funding body have so far proved unsuccessful. ESFA have not responded to e mails from residents or councillors.

The contact point at ESFA for Cotham Academy is:

This appears ‘primarily facie’ a disgraceful misappropriation of public funds requiring immediate rectification.  ESFA is proving to be singularly uncommunicative and uncooperative on this subject. Your intervention would be both timely and helpful.

Accordingly, we should be grateful if you would intervene and ascertain: