TIME TO SCRAP THE POSITION OF MAYOR 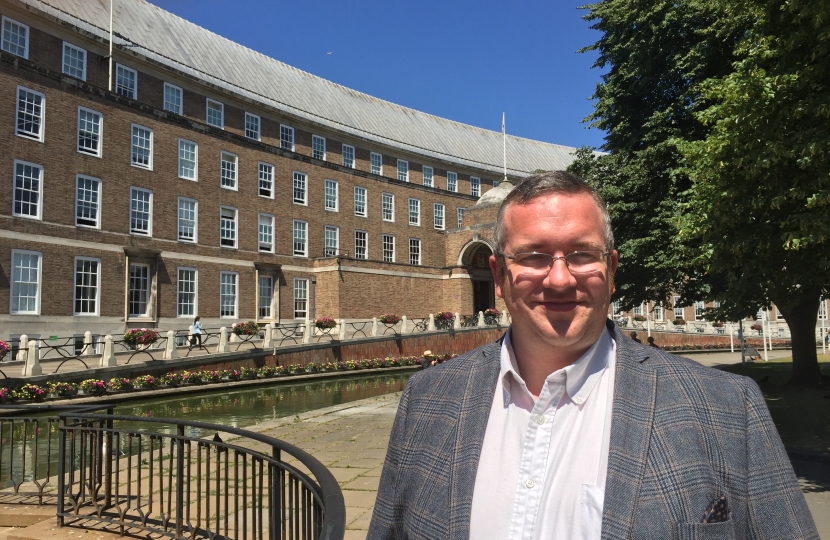 Tomorrow I will be calling for Council backing on getting rid of the top political post of elected Mayor and for the present occupant to reconsider his own commitment to a profoundly divisive and autocratic Office.

Since 2012, when Bristol chose to switch to this form of local government, the role itself has become dogged with controversy and political acrimony.  For example, under the first executive Mayor George Ferguson, contentious decisions were taken around introducing Residents’ Parking Zones and the citywide rollout of 20 mph speed limits.

Despite widespread hostility to these policies, the nature of the new decision-making process, where these powers are essentially vested in the Mayor, made opposition difficult and largely ineffective.

Similarly, the present incumbent, Labour’s Marvin Rees, has also attracted criticism over his own priorities such as continued investment in the struggling Bristol Energy Company, the chosen site for the long-awaited Bristol Arena and proposed Western Harbour redevelopment.

My colleagues and I have tabled a ‘golden’ motion for Tuesday’s Full Council (rescheduled due to the General Election) which is critical of the Mayoral model and recognises the need for this issue to be reconsidered again by the public.  Legislation dictates that any change can only take place in the city following endorsement by another referendum in 2022.

As former campaigners for an elected Mayor, it is appreciated that this proposed re-examination of it here in Bristol may come as something of a surprise to many people.

But, having experienced the system in operation for seven years now, some of its more obvious flaws have become very apparent and increasingly difficult to reconcile.  The absence of adequate checks and balances to Mayoral decision-making is both dangerous and proven to be profoundly undemocratic.

It may be that we have just been unlucky in this city in the persons who have occupied this post.

However, both of these Mayors started off with the best intentions and under the pressure of events became increasingly defensive, brittle and hostile to criticism.

Whilst our own candidate in next May’s election – Samuel Williams –represents a vast improvement on all of the other declared candidates, we think that it is important to test the appetite for change amongst Members of Council.

I believe such a move will be insightful and might, just perhaps, prompt some introspection or reflection over the high-handedness that has crept into the present Administration towards its political opponents.