THE COUNCIL NEEDS TO TAKE A TOUGHER LINE ON UNAUTHORISED ENCAMPMENTS 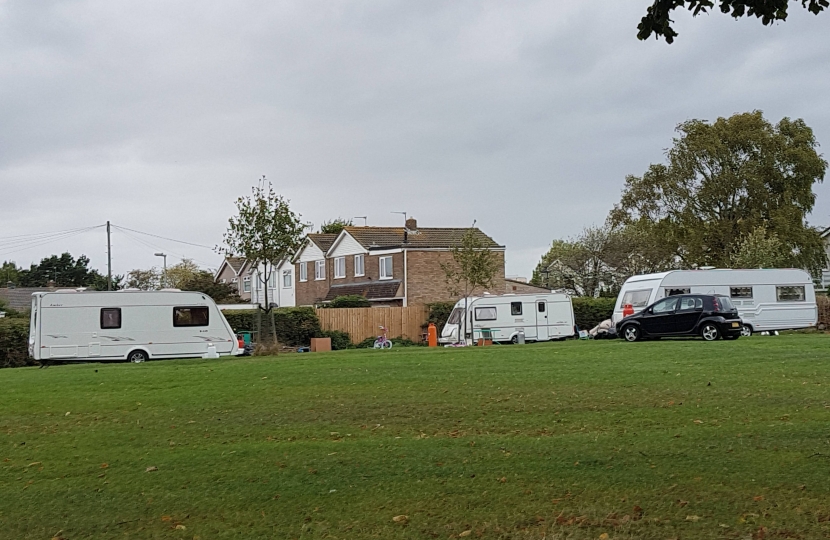 Another bank holiday and yet another traveller encampment on the Downs. This is happening now with monotonous regularity and despite the fact the Council already maintains a transit site that travellers can use in North Bristol.

Over the weekend my local Council colleagues from Stoke Bishop, Westbury-on-Trym and Henleaze were getting inundated with complaints regarding the issue.

This will no doubt be merely the first of the year but also builds on the existing van dwellers who already reside on the roads in and off the area. The Mayor with great acclaim moved them from East Bristol. This was no doubt welcomed by residents there but has simply moved the problem here.

Returning to the issue of travellers. This is probably the first of many such incidents which will occur over the course of the year. Each one requiring lengthy legal proceedings to move them on, often taking weeks, and with the accompanying reports of rubbish and public health hazards.

The truth is that the Council needs to take a more robust approach to prevent these becoming an almost permanent presence in North Bristol. Harlow Council successfully argued for an injunction to prevent repeated unauthorised encampments. My colleagues and I are lobbying the Council to consider a similar approach for those areas of the City, in this case the Downs but also Horfield Common (as the next available open space), which cannot be made secure due to cost, size or scale.

The current approach is just not working and is causing consternation and annoyance to large areas of North Bristol.