LABOUR TRAFFIC PLANS TO CAUSE CHAOS IN NORTH BRISTOL 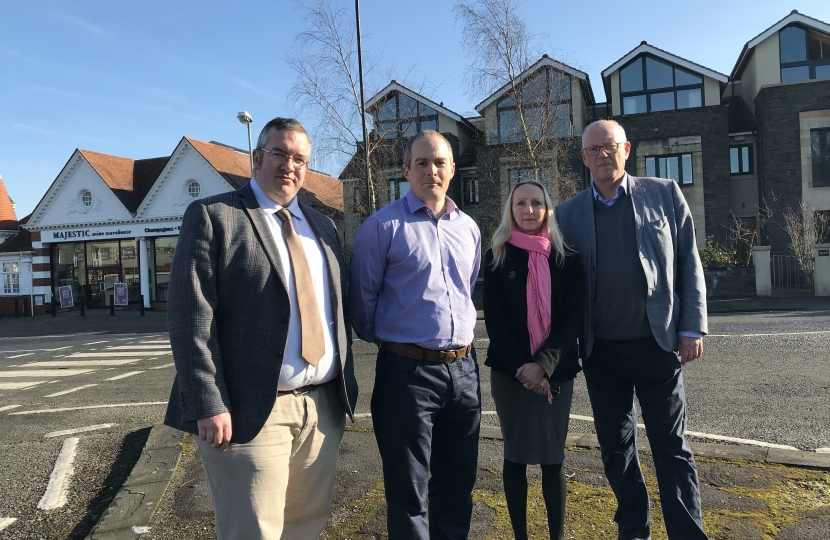 I am deeply concerned about the Council’s proposed plans for the North Bristol Road Network. These proposals were originally scheduled for publication in March 2016 in response to the large amount of new housing being proposed in South Gloucestershire. Now nearly three years late they have finally been published and there is no way to say this politely - they stink.

Some of the new proposals are welcome and are things that I and the wider community have been campaigning for over several years, for example:

However, although some aspects are welcome, others are flawed to say the least. We are alarmed by absurd plans to ban turnings at critical junctions. In particular the idea to ban right turns off Passage Road into Knole Lane, banning the right turn from Passage Road to Charlton Road and introducing no-left turning from Falcondale Road up Henbury Hill.

There are far too many turnings and junctions being closed off which will make driving around this part of Bristol a confusing and frustrating experience. Communities could very well find themselves simply cut-off and isolated by a deliberate maze of restrictions and new one-way residential side streets.

Traffic planners also seem to have ignored our repeated lobbying to upgrade secondary junctions near the main route, for example the Crow Lane/Henbury Road junction, near the ford. If the A4018 becomes clogged then traffic will detour through other communities like Henleaze, Southmead and Stoke Bishop.

My Colleagues and I have objected to these proposals. Too many of the Councils plans are not in the best interests of local residents and need to be redrawn and remodelled. As they stand, they are not fit for purpose and are unacceptable.

Here is a quick rundown on what my colleagues and I have done on this issue:

You can read the Councils plans below. I would urge everyone to read the plans and take park in the Consultation.

**The Council's consultation documents are below**

TO RESPOND TO THE CONSULTATION PLEASE GO TO: https://bristol.citizenspace.com/growth-regeneration/a4018-improvements…