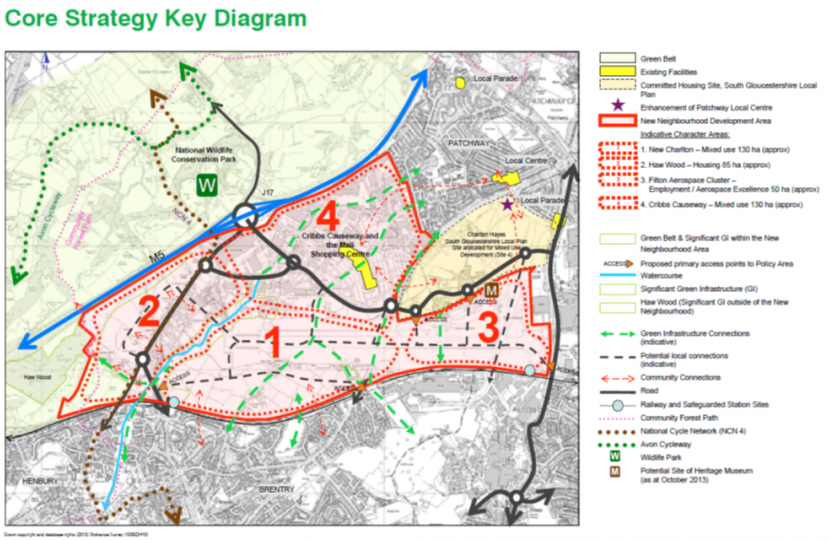 There has been a lot of discussion in recent days on a whole host of issues. One of the big ones proved to be about what is happening in South Gloucestershire regarding the housing due to be built. So I thought that it might be easier to try and spell out what is happening – believe it or not what follows is the shortened summary.

In 2010 Filton Airfield closed and the whole area from Haw Wood to the A38 end of the runway began to be discussed by South Gloucestershire as a potential housing development.

What followed was years of debate, petition, argument and discussion. This culminated in 2017 when South Gloucestershire Council gave the final planning consent to new house building on the Former Filton Airfield site and wider area. The whole project is called the Cribbs Patchway New Neighbourhood (CPNN)

So here is my quick summary as to what is happening. I have included a map extract to provide some context.

So here’s what we know:

So what will the impact be?:

In many ways the development ticks a lot of boxes. It will have local facilities, shops, employment opportunities. It, at least for the moment, seems to be taking a joined up approach. The problem will be traffic which, despite the inclusion of new train stations and bus routes, is going to be bad. How bad it will be we still don’t know but I fear time will tell. I expect we can all agree that the Crow Lane roundabout will be ‘adversely impacted’, and that the road network in North Bristol will get busier.

This isn’t a question of if it will happen – sadly at this stage - it is a matter of when.