YET MORE HOUSING BEING CONSIDERED 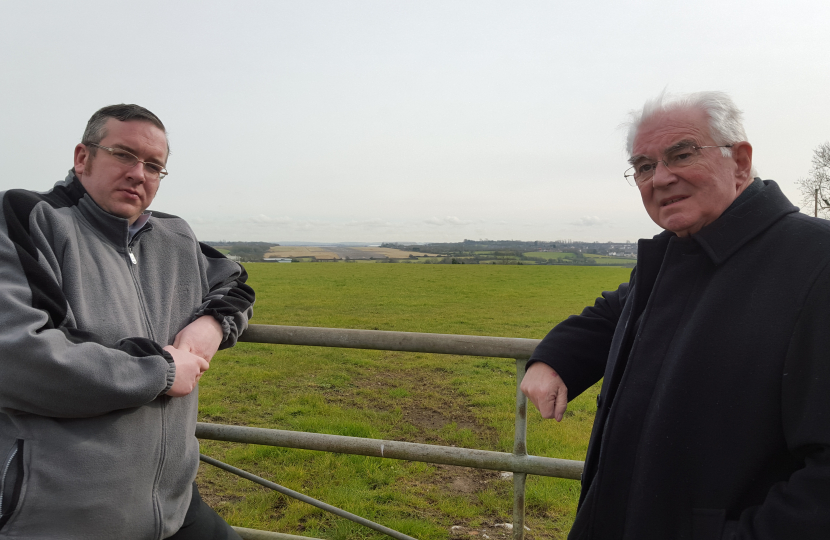 We don’t think anyone will be surprised to know that housing is planned for just over the South Glos border. In total 5700 homes were planned for the Cribbs-Patchway New Neighbourhood (CPNN) – this includes the land around the rugby clubs, the land behind Brentry and the former airfield itself.

On top of this was 1000 homes being planned for the Patchway Industrial Estate as it was originally intended to switch the land from industrial to residential. This switch is no longer planned but means that 1000 homes need to be built somewhere else in the Northern Fringe of Bristol.

YTL (who own the airfield portion of the CPNN and had permission for 2700 homes on their land) had applied to increase the number of houses they could build. Their plans include:

We are utterly opposed to this massive increase in the size, scale and density of the development. We can understand taking on the additional 1000 from Patchway - it just moves it from one area to another – so although we may not like it we can at least see the rationale, but this colossal rise in numbers is simple beyond comprehension.

We have formally written to South Gloucestershire Council as part of their planning process and plan to speak at the public meeting when this is discussed.

Our letter in full is below:

I write, together with my colleague Councillor Chris Windows, to place on record our objection to this massive revised planning application for the former Filton Airfield that spans into 2036.  It has caused huge alarm for many local residents.

The first thing to note is the developers attempt to justify their new vision for Brabazon on the grounds that since the granting of the original scheme, other factors need to be taken into account.  There are accommodating the planned YTL Arena; the case for maximising housing on brownfield developments; protection of the Green Belt; and a wish post pandemic to create a self-contained Urban locality.

Even taking these arguments at face value, the sheer scale of this revision is, in our view, excessive, unsustainable, and unacceptable to pre-existing communities (site neighbours) living on the Bristol border.

The applicants cite compliance with national planning guidelines and the urban lifestyles policies being developed by South Gloucestershire to railroad through a dramatic increase in density and height in the updated proposals.  This envisages installing a number of 18-storey structures and two huge 30-storey buildings.  These will have a widespread negative visual impact – affecting the skyscape of all those living in North Bristol.  This includes harming the enjoyment of heritage assets like the Blaise Estate in our ward.

Outline planning permission allowed ‘up to a maximum of 2,675 residential units’.  This was already an ambitious target which posed a serious challenge to local transport infrastructure.  It is now being proposed to raise this limit to 6,500 (143% uplift) to service potentially 12,000 additional residents.

YTL Developments concede that this sizeable increase exceeds the ‘approximate capacity of Policy CS26… for the CPNN’ (5,700 homes).  However, they suggest that the harm caused by this non-compliance is outweighed by the much-needed boost to the housing supply and other apparent economic or social benefits.  Of course, such expansion is then used to defend or necessitate building extra retail, commercial capacity and other public amenities.

We have real concerns over the cumulative effects of these changes.

The National Planning Policy Framework (NPPF) simply sets out broad principles which are rightly left to local planning authorities to interpret, apply, and contextualise on a case-by-case basis.  So, for example, it is not enough to state national and local strategic objectives to provide more housing by making ‘as much use as possible of suitable brownfield and underutilised land.’  The NPPF and permitted development does not provide a free hand to cram as many dwellings as possible into a designated space.  It is a matter of degree, and we contend that in this instance this plan fails to meet even the most basic test of acceptability.

YTL further state their intention to create a retail regional destination which, once realised, will overwhelm any conceivable public transport schemes or improvements.  Our belief is based on doubts that the objective of achieving a radical modal shift in personal transport is either likely or realistic.

Indeed, the developers seem to be setting great store over a supposed innovative phased approach in growth to match the delivery of promised transport infrastructure enhancements.  Frankly, we are sceptical around realisation of all of this investment – certainly on the timescales envisaged here - having waited years for local rail improvements.  For example, the Henbury Loop, despite fierce campaigning an lobbying, is still effectively an aspiration.

On transport projects, for far too long now, local authorities have a broken record of over-promising and underdelivering attractive alternatives to the private car.  The four transport phases start off by linking the homes target to relatively modest travel measures such as increased Metrobus and rail services. But, in the end relies on a mass transit system that at present is hypothetical and speculative in nature.  It is easy to see the developers uncoupling this link or requirement later down the line, thereby rendering this safeguard as something of a fiction.

To conclude, we strongly object to this comprehensive redrawing or reimagining of the Brabazon.  It is a huge overdevelopment of the area being supported by some highly contentious claims (due to much higher densities) around environmental and ecological sustainability. It will cause undue harm to North Bristol and the already established communities.